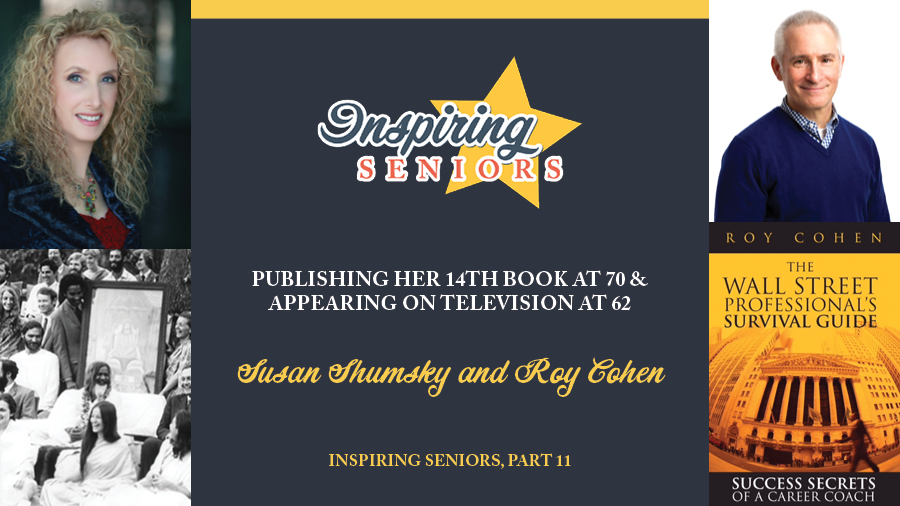 Publishing Her 14th Book at 70 & Appearing on Television at 62 | Inspiring Seniors, Part 11

Throughout the course of this series, we’ve heard from incredible individuals that seem to be defying the concept of aging altogether.

In today’s article, we’re not only taking a look at the inspiring accomplishments of Susan Shumsky and Roy Cohen, but we’re traveling back in time.

“I would say I’m active past 70, and that’s an understatement,” says Susan Shumsky, age 70.

Her 14th book, Maharishi & Me, was published on February 13, 2018. All of her books are spiritual self-help books.

To understand why Susan is so busy, we have to travel back in time – to the 1960s.

“I was a hippie living in the San Francisco Bay area. Those of us who were flower children were really very serious about experiencing higher states of consciousness.”

Susan’s “bible” at the time was The Psychedelic Experience by Ralph Metzner, Ram Dass, and Timothy Leary.

Susan and her friends would try to follow what they recommended in the book, which was that people could reach nirvana through LSD and other psychedelics.

ON MEDITATING FOR THE FIRST TIME

Another favorite author was Alan Watts, who wrote The Way of Zen. Susan recalls reading that you needed to find a “meditation guide,” but she wasn’t sure how to find it.

“In 1966 in Berkeley, California, you couldn’t exactly go to the Yellow Pages and find a meditation guide. I asked a roommate, and he suggested that I try to meditate on my own,” she recalls.

Susan had no clue what to do, but she gave it a shot – and it worked.

“I was propelled into this ecstatic state. I could feel this energy rush in from the tips of my toes all the way to the top of my head. I felt that I was plugged into a cosmic, electric socket in the most ecstatic way. I figured… well, I guess this is meditation!”

Not too long after that, a friend took Susan to the Transcendental Meditation Center in Berkeley. In August of 1967, during the Summer of Love, she learned transcendental meditation.

The Summer of Love was a social phenomenon with as many as 100,000 people – mainly hippies – who converged in the Haight-Ashbury neighborhood of San Francisco.

Susan writes in her first published book, Divine Revelation, that she subsequently found herself on the banks of the Ganges River in the Himalayas learning how to become a meditation teacher for about 7 years:

“During this time I enjoyed a reclusive life, meditating up to twenty hours per day for weeks or months at a time. Occasionally I closed the door to my room and stayed in deep meditation, not emerging for several weeks. At other times I was in silence for months at a stretch.”

It was this time and many more years of learning and teaching and meditating that led Susan to write – to teach others to meditate, to share all of her knowledge, and perhaps most importantly, to share her own story.

ON FINDING A PUBLISHER FOR HER MEMOIR

In 1998, Susan ended up in an editor’s office at McGraw-Hill in New York City. The editor was somewhat interested in her manuscript, but the real story she was interested in was her life story.

“I took her for her word and starting writing a book about my life," Susan says.

She wrote her memoir, and over the following 20 years, her agent tried to sell it several times, but she couldn’t, because the editors were too young to understand who Maharishi was, and they thought her book wasn’t relevant.

“It really only came together a couple years ago when I realized that the angle I had been taking on this book was all wrong. I completely changed the book’s purpose, and then of course, my agent was able to sell it.”

This year, Susan has published her 14th book.

ON AGING AND RETIREMENT

“Age gives you perspective. It gives you wisdom. When I was young, I didn’t have perspective. I thought all these little, meaningless things were exceedingly important. Let’s just put it that way,” Susan laughs.

“I’m very, very busy. Beyond busy. I work at least 12 hours every day. And I don’t plan on slowing down.”

Roy Cohen, age 62, is now in his prime, often being featured on television, including The Today Show and CBS This Morning.

Roy has a private career and corporate executive coaching business, and he’s also the author of the best-selling book The Wall Street Professional’s Survival Guide.

But life wasn’t always this way. Like many others, on September 11, 2001, Roy’s life would change.

THE 9/11 ATTACKS AND A CAREER CHANGE

Roy was in his office at the World Trade Center. Suddenly, his volunteer position as fire warden for the floor became a reality, and he was one of the last to leave the South Tower.

“As I left, I encountered countless firefighters who were making their way up the emergency stairwells. Powerful and devastating to learn that just moments later, they perished.”

Once he was outside, Roy saw many individuals jump to their deaths, and while Roy was losing his office and his business in a matter of minutes, that paled in comparison to the loss of life and the anguish of the families whose loved ones would never come home.

It was then that Roy decided to completely change his career and to establish himself as an executive coach. “I was determined to become one of the country’s best-known and most-respected executive coaches,” he says.

And that he has – and he’s loving it.

“I work with so many clients whose careers are so exciting, and that can only infuse the way I feel about my own career.”

Now that Roy’s business is thriving, he’s taking on new adventures. In 2013, Roy was approached by Harvey Weinstein's company, which produced Lee Daniels’ The Butler.

“The company approached me to serve as a career counselor at a national event they were hosting,” Roy explains.

The movie, The Butler, is about an individual who has a commitment to excellence in his career, so focusing on careers was a great way to inspire others outside of the movie. “They created a national competition, and I was the career advisor for three individuals.”

Unfortunately, Roy didn’t get to meet the cast of the movie, but he did enjoy watching it.

Roy also serves on the advisory board of Men’s Fitness Magazine. Many magazines have advisory boards, which is a group of individuals they’ll turn to when their journalists are writing articles.

Finally, Roy explains that age of 62 – soon to be 63 – he's often on television. He provides commentary on Wall Street matters, he offers networking tips, and he often gives career advice. You can watch some of his on-screen interviews here.

ON AGING AND THE CONCEPT OF RETIREMENT

For Roy, age is a huge advantage. “I’m far more knowledgeable now and familiar with options and ideas than I was 10, 15, or even 20 years ago.”

Roy feels like he’s in a better position to understand how different individuals experience different emotions. “I also recognize the importance for many folks to feel like they’re living out their potential.”

When asked about retirement, Roy laughs and says, “No… for me, retirement sounds like an ending – like something is over. I believe that the events in our lives should be viewed a seamless continuation. Even if you’re volunteering, you’re still engaged with the world. But to not do anything? It feels like this enormous waste of one's resources and value. It feels tragic to me to not be able to contribute in some way.”

Roy feels fortunate – he has a lot of freedom to do the work he does. He can dabble in media appearances, he can travel, and he still works, though perhaps it doesn't feel like work since this is his passion. “I don’t feel like I’ve been restricted in any way.”

And truthfully, Roy’s main qualm with the concept of retirement is that perhaps the desire to retire is simply the desire to get out a job you hate.

“It feels tragic to me to hear about people who are miserable and are willing to tolerate that feeling for so long – just to wait for retirement.”

Another problem Roy has with retirement is that we don’t actually know how much money we might need to do it successfully. “It’s a moving target now. That in and of itself creates a lot of stress. Do I have enough to retire? If not, how do I continue to work in a job I really hate?”

Roy’s pitch is that you find a job you really love and would be happy to do beyond the age you’d originally planned to retire.

Roy’s goals are to do more media work, because he truly believes there needs to be more media representation on career matters.

“I really do like being on TV,” he says. “I used to do a lot of video appearances with the Huffington Post, and that was really fun. I loved it.”

Finally, Roy says that he really just wants to make a difference. He wants to show everyone that the need to be bold, to accept change, and to stay focused are essential in a world where the rules and technology are constantly changing.

“Change is possible at ANY age; life is precious, a gift that we can never take for granted.” 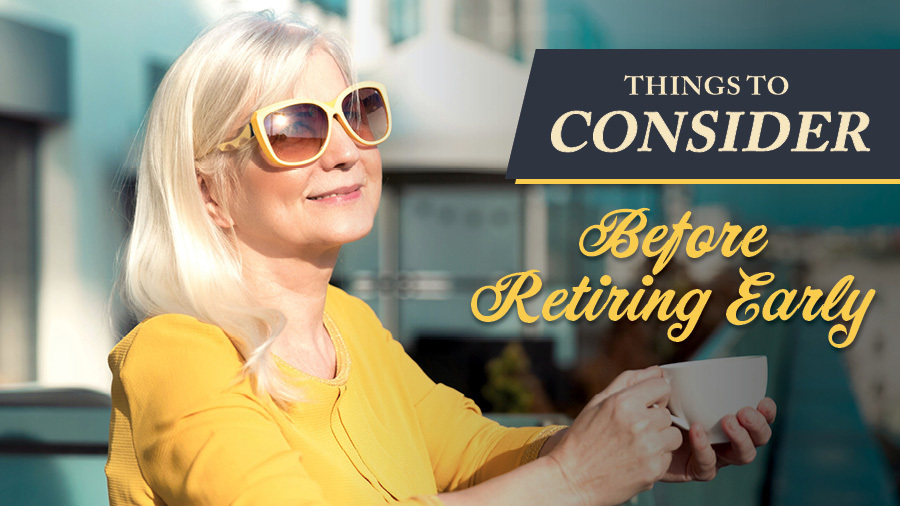 Things to Consider Before Retiring Early 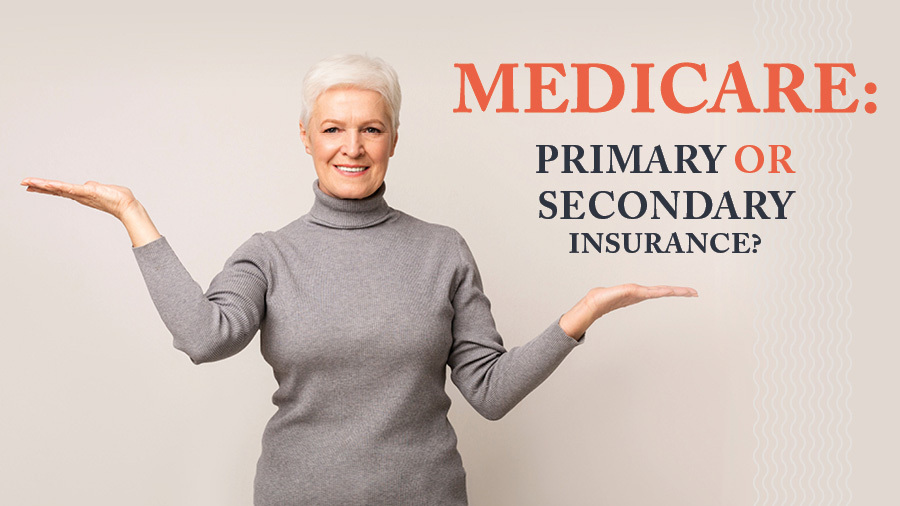 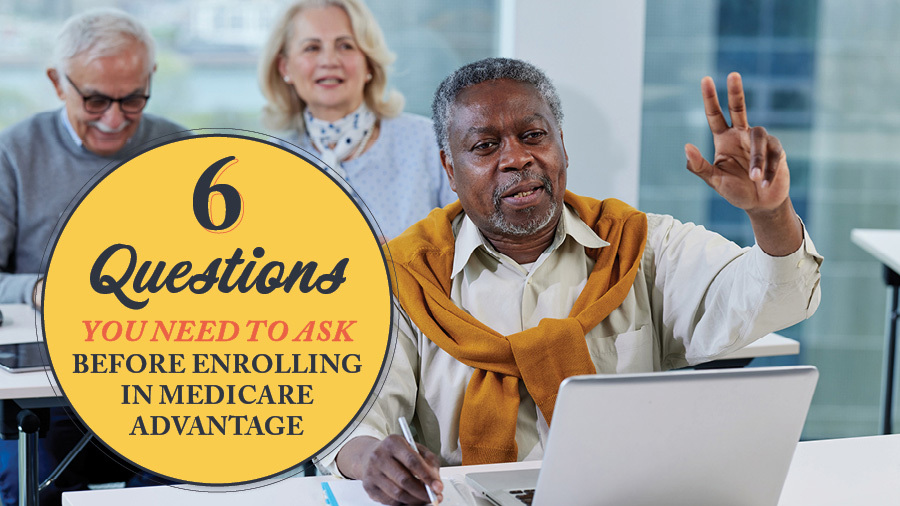 6 Questions You Need to Ask Before Enrolling in Medicare Advantage

© 2022 Medicare Allies – Privacy Policy
Disclaimer: We do not offer every plan available in your area. Any information we provide is limited to those plans we do offer in your area. Please contact Medicare.gov or 1-800-MEDICARE to get information on all of your options.