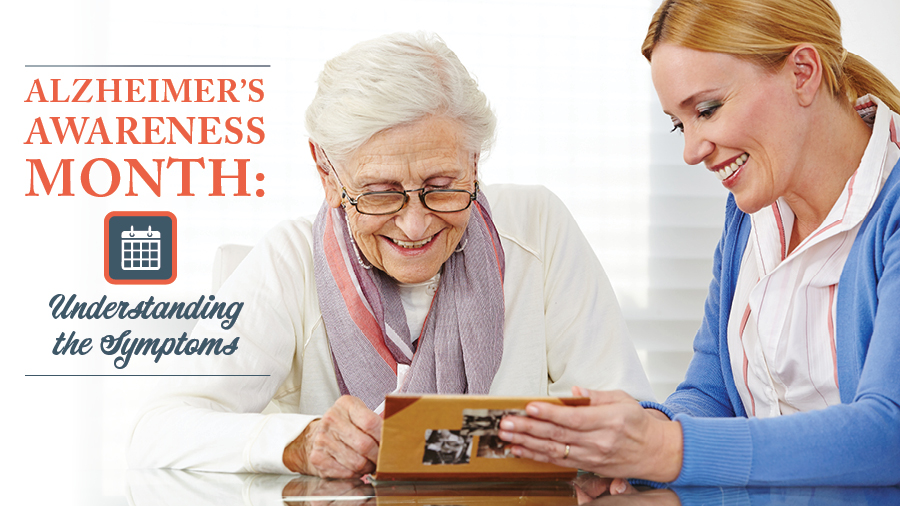 November is Alzheimer’s Awareness Month, which makes it a great time to become familiar with the symptoms of Alzheimer’s. An estimated 47 million people worldwide have dementia, with Alzheimer’s being the most common form.

Many individuals start to wonder if their memory lapses could be the sign of something bigger, such as Alzheimer’s. Let’s debunk some of those misconceptions here. What could be a sign of Alzheimer’s, and what’s just a normal sign of aging?

Like many diseases, Alzheimer’s comes in stages. Things start out mild, and they progress – sometimes very quickly, and other times over the course of many years.

In the early stages of Alzheimer’s, memory changes are the most common.

You’ll start forgetting the right word for an object. For example, you might be staring at the fridge, but you can’t think of the word for it.

You’ll forget what someone’s name is, right after you are introduced to them.

You’ll read a text or an article and forget what you just read. You’ll start losing common objects, like your keys, reading glasses, or cell phone. You’ll also find it difficult to organize or plan things – even something as simple as a recipe you’ve been cooking for decades.

All of these are signs of Alzheimer’s but don’t fret if some of this is sounding familiar.

It’s completely normal to forget where you put your keys or to forget a word. However, when it gets to the point where it’s interfering with your daily life, it’s definitely something to notice and bring up to your doctor.

[RELATED: Are You Insurable If You Have Alzheimer's Disease or Dementia?]

When the disease progresses into its middle stage, the memory lapses are very noticeable.

You’ll be unable to remember your address, your phone number, and the names of your friends and family.

Losing everyday objects will become the norm, and it may get the point where you start accusing others of stealing.

You start to lose your ability to understand time, which could lead to getting lost and not realizing where you are or how you got there. People may ask you where you are, and you’re not sure how to respond.

Because of the confusion about time and place, you’ll find it difficult to choose a suitable outfit for the weather – you might put on a winter coat during summer or a tank top during winter. You also might wear sweatpants to a formal event or a pantsuit to the gym.

Assistance with everyday tasks will start to be needed. For example, you’ll require some help with eating or going to the bathroom. Safety precautions in the home will become increasingly important.

At this point, you may need to go to an assisted living facility or an equivalent if you don’t have a caregiver.

[Read more: How Do You Pay for Long-Term Care? Here Are 6 Options]

It’s very normal to start noticing personality changes in loved ones when they reach this stage. The changes happening in their mind can lead to confusion, suspicion, and even depression. This is particularly common when Alzheimer’s is officially diagnosed.

The Alzheimer’s Association explains that the following emotions are completely normal:

It can often feel like no one understands what you’re going through, and it’s difficult to accept that your life is going a different direction than you planned. The relief can come from the validation of the diagnosis – your concerns and experiences finally have an explanation.

At this stage, you need ‘round the clock care, including help with all the activities of daily living.

Your reflexes will become abnormal, which means you might have trouble swallowing food or moving your limbs.

No Cure Yet, But Medication Can Slow Things Down

There are 4 commonly prescribed FDA-approved medications that help slow down the progression of Alzheimer's and dementia. These are Donepezil, Galantamine, Rivastigmine, and Memantine.

The first three drugs are cholinesterase inhibitors, which helps with memory, thinking, language, judgment, and other thought processes. The fourth regulates the activity of a chemical in your brain that helps with learning and memory.

These drugs don’t slow down or stop brain changes that cause Alzheimer's to progress – they merely help manage the symptoms.

There is no cure for Alzheimer’s, but recent (very recent!) progress has been made.

WV News reported on October 28, 2018 that the WVU Rockefeller Neuroscience team used ultrasound to treat Alzheimer’s for the first time: “The procedure successfully opened [the patient’s] blood-brain barrier for a record 36 hours.”

During the month of November, becoming familiar with the signs and stages of Alzheimer’s is something we all can do as we fight for the cure.

If you would like to have a free memory screening done, you can opt to take part in the National Memory Screening Program. This free program is available around the country.

What songs should play at your funeral? What memory is most important to you? What years did you serve in the military? Write it all down today. 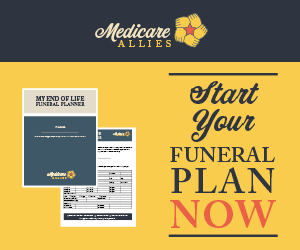