Critical illness insurance is designed to help pay for costs associated with cancer, heart attack, and stroke. There are gaps between what Medicare covers and what you’ll be responsible for in the case of a critical illness.

For example, Medicare only covers medical costs – only 38% of costs associated with cancer are medical. The other 62% are not covered by Medicare at all. Here’s a look at what those costs could be:

While this might not seem like a big deal, most doctors will refer you a hospital that specializes in cancer treatments. They do this because you have twice the chance of survival if you go to a research facility. We’ve had clients travel to New York and Texas for these costs, and they were responsible for the flight and hotel bills that add up over time.

Another example is a veterinarian who was diagnosed with cancer. He was advised to take an experimental drug. This drug had seen success with other cancer patients, and they expected it to increase his lifespan. The cost? $4,500 per month. Would you be able to afford this without some kind of critical illness insurance plan?

Life comes with a lot of “unexpecteds,” but this we do know:

In the case of any of these critical illnesses, who will pay for expensive treatments not covered by Medicare? When you’re in the hospital, who will pay your mortgage, utilities, and other necessary bills?

Critical Illness Insurance is very inexpensive, and the chances of using it are very high.

Find out what Critical Illness Insurance would cost you 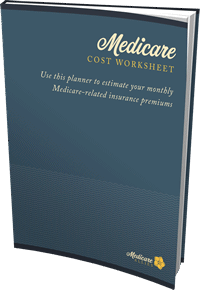 You do have control over your Medicare budget. Get a clear idea of the potential Medicare costs with the interactive cost worksheet.